This biographical drama is based on the life of the world-renowned math genius, who was nicknamed the “human computer.” Vidya Balan stars as the vibrant Shakuntala, gifted in calculations without formal education, who strove to show the pursuit of mathematics as exciting. Sanya Malhotra plays her daughter with whom she shared a complex but extraordinary relationship. Shakuntala’s father was a circus artist who recognized her abilities at a young age and showcased her natural gift in shows. There are many video recordings that display her aptitude with numbers, which director Anu Menon used as research. She also spent significant time with the math whiz’s daughter, Anupama Banerji, who shared many personal insights. The film goes beneath the surface to show an incredible journey and reveals many facets about the confident woman with a lively personality who lived boldly and unapologetically on her own terms. Reports say Balan was the director’s only choice for this role and she is sure to shine. The biopic made its global premiere on Amazon Prime Video.

The film is inspired by the life of Gunjan Saxena, who made history with her determination and courage to become one of India’s first female Air Force officers to fly in a combat zone. After a well-received debut with “Dhadak,” Janhvi Kapoor stars as the aspiring aviator. Pankaj Tripathi, recently seen in the series “Mirzapur,” plays Gunjan’s supportive father and Angad Bedi her brother Anshuman. Growing up in an army family, Gunjan always had dreams to be a pilot and was one of the first women inducted into the Air Force in 1994. The real life pilot credits her thorough training and said her capabilities led to acceptance despite initial apprehensions from officers who had never worked with women. Flight Lieutenants Gunjan Saxena and Srividya Rajan inspired young women across India when they flew Cheetah helicopters into war zones for reconnaissance and to evacuate casualty during the Kargil War in 1999. Though she never imagined it, Saxena is pleased with the makers’ sincere efforts and hopes the story will inspire all young people. The Karan Johar production is expected to premiere on Netflix Aug. 12. 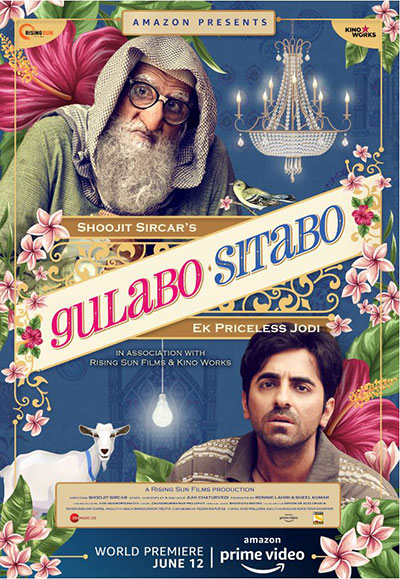 The directing and writing team of “Vicky Donor,” “Piku” and “October,” delivers an unusual light-hearted film to watch with the family, which premieres on Amazon Prime Video June 12.

The world of Gulabo Sitabo includes two slimy scheming foxes in a game of one upmanship, each with his own agenda. Amitabh Bachchan stars as Mirza, a 78-year-old landlord, who would move heaven and earth for his most prized possession, a dilapidated old mansion in the heart of Lucknow. But his garden of roses has a unique set of thorns, his tenants. Among them is Baankey, played by Ayushmann Khuranna, a shrewd squatter who matches Mirza bit for bit in ceaseless banter. The makers say it’s a quirky slice of life where Mirza and Baankey are like Tom and Jerry, unique and unmatched, friend and foe, naughty and smart, all combined to produce chaos. 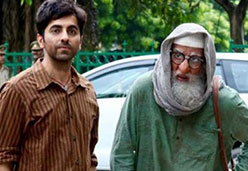 Bachchan’s unique look required three hours each day to get into character. Khurrana, thrilled to be reunited with his “Vicky Donor” mentor, said, “What I love about the film is its sheer simplicity, the fleeting moments of simple humour in the banter between a landlord and tenant makes this film really special. I hope audiences love the film and our chemistry when it premieres.” 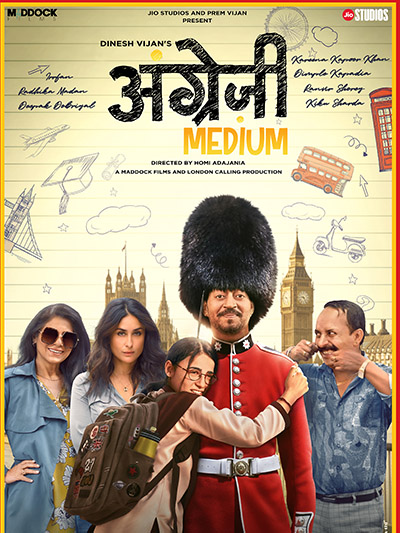 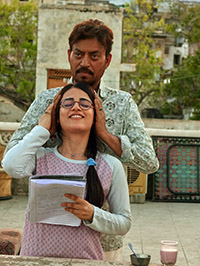 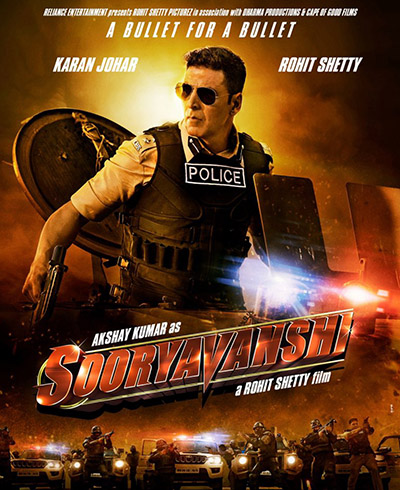 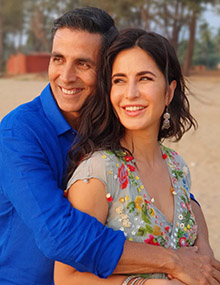 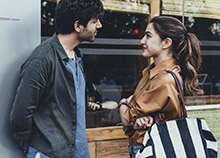 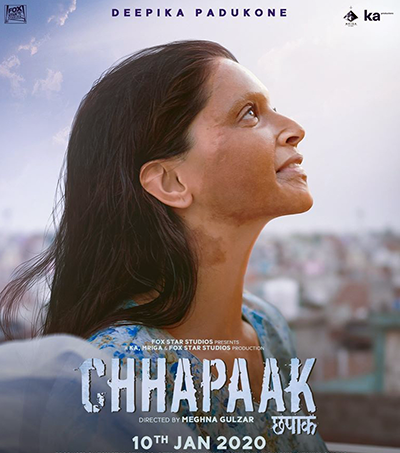 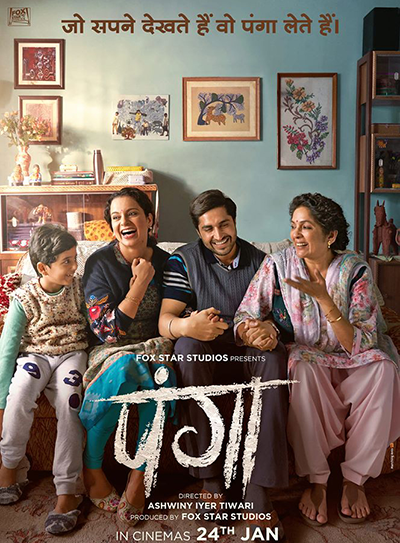 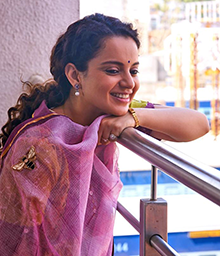