JOURNEY FROM REALISM TO CUBISM 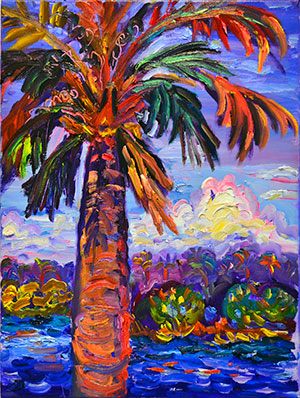 For the greater part of recorded history, there were no cameras and photographs. Therefore, artists were hired to capture the natural world or people’s likenesses in portraits.

Other painting involved depicting religious themes and idols. In the West, artists like Michelangelo were paid by the church to create works with religious themes. In India, Ravi Verma portrayed Hindu gods and goddesses. His paintings gave people an image of how the deities looked and became worship material for Hindu people. Though their subject matter was metaphysical, these artists still referred to nature and human figures as models to depict the spiritual.

Following the invention of the camera in 1839, artists no longer felt compelled to meticulously create realistic artwork, since the camera could capture the visible world more easily. The evolution of photography gave artists the freedom to move away from a strictly realist style to many other impactful artistic styles. Freed from the need to represent scenes accurately, artists from the Impressionists to Cubists experimented with different brushstrokes, unnatural color and abstraction.

Led by Edouard Manet, a new generation of artists appreciated shapes and colors more than realistic art. They painted what the eye could perceive rather than what was actually present, believing this subjective style of painting better conveyed the excitement, color and diversity of Paris in the last half of the 19th century.

While the Impressionists’ subjects, such as Manet’s famous water lilies, were still recognizable, these artists took a significant step away from depicting objective reality. The artworks were criticized for their blurred details, lack of outline, bright colors, and short and broad brushstrokes.

Paul Cezanne, later working in impressionistic style, began breaking down images into geometric shapes. Considered the father of modern art, Cezanne was perhaps the first to experiment with showing more than one perspective in a painting. 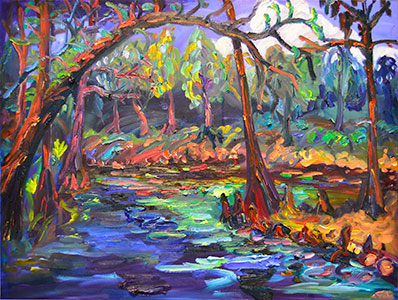 Following the Impressionists, French painter Henri Matisse began using brilliant colors and clearly defined shapes without shading. Fauvism was the first major art movement of the new century and an important bridge between Impressionism and Cubism.

The Fauves favored flat compositions with even less detail than the Impressionists. In still life, portraits and landscapes, they replaced natural colors with bright, bold, diverse colors, creating an excitement unachievable using appropriate, natural colors for these subjects. Like Cubism, the deep influence of Fauvism can be seen in contemporary art, such as the brilliant work of artist Julie Bowland.

Spanish artist Pablo Picasso and French artist Georges Braque together worked on a series of artistic explorations that evolved into the movement known as Cubism, which distorted images and tried to capture space and time through the representation of geometrical shapes.

Traditionally, art had been judged by its ability to objectively, accurately, and realistically depict its subject. In sharp contrast, the Cubists produced abstractions that sometimes gave viewers the sensation of looking at a painting through shattered glass. In portraits, Picasso fragmented the human form, showing, for instance, both sides of the face from different angles within the same two-dimensional space.

Artists were interested in Einstein’s discussion of the three dimensions of space. When his theory addressed a fourth dimension — time — it ignited the imaginations of the artists who were experimenting with geometric shapes and thus Cubism was developed.

Brinda Pamulapati, owner/managing director, of Venvi Art Gallery in Tallahassee, can be reached at (850) 322-0965 or visit VenviArtGallery.com