Gainesville and Fort Myers will be holding their annual India Fests this month. At both celebrations, Indian food, dance, music, arts and handicrafts, jewelry and clothing will be on display.

FORT MYERS: The 23rd annual India Fest will be Saturday, March 27, at Lee County Alliance for the Arts grounds (10091 McGregor Blvd., near the corner of McGregor and Colonial Drive). The daylong event is organized by the India Association of Fort Myers. For more information, call association President Sudhanshu Desai at (239) 542-5676, President-Elect Sunita Sharma at (239) 936-2554 or visit www.iafortmyers.org

Tabla maestro Zakir Hussain will take the stage at the David A. Straz Jr. Center for the Performing Arts (formerly the Tampa Bay Performing Arts Center) to present Masters of Percussion on Thursday, March 18.

“There are about 200 percussion traditions in India and people in the U.S. had seen only a few of them,” said Hussain in an exclusive telephone interview with Khaas Baat. “So, on my father’s orders, I took it up on myself to organize a concert tour of rarely-heard drumming traditions from India. Since 1996, we’ve been presenting a bi-annual Masters of Percussion and each tour presents a new set of Indian percussion traditions.”

The tabla superstar, who hasn’t presented a concert in Tampa for nearly a decade, is looking forward to the performance. “You will hear the Dhakis from Bengal,” he revealed. “Dhakis are used in processions, weddings and at temple in the state. It is exciting to watch. And then there will be the dholak, mridangam and tabla. The concert will offer a bird’s eye view of India through its rhythm and melodies.”

Hussain will have a DVD of the last Masters of Percussion for sale at the Tampa performance. He also is conducting music for a film shot in India by a New York-based director.

His advice to youngsters learning tabla? “Don’t get awed by the information that this is such an old tradition,” he replied. “Just approach it as a drum and try to enjoy it and be friends with it and maybe then it will reveal itself to you. As a child, I used to bang on the drum and in doing so, myself and the tabla bonded! It’s the best possible toy any child could have.”

The 58-year-old finds it impossible to do anything but play the tabla. “As I speak to you, my tabla is literally three feet away from me. Since I was 3 days old, I have heard only the tabla tone and sound. I will play it till it has to leave me or I decide to leave and go to the next world.”

North South Foundation (www.northsouth.org) will be holding its educational contests in Tampa, Jacksonville and Fort Lauderdale during April and May. Held in the United States since 1993, the contests are designed to encourage excellence among Indian American children and prepare them to enter into better colleges.

The contests are grouped into Junior, Intermediate or Senior levels for children from first- through 12th-grade. The contests are conducted every year in two steps. First, children participate in

Regional Contests at various locations throughout the country. Participants with high scores, based on a cut-off, will participate in the National Finals.

Registration closes on April 3-4 for the Fort Lauderdale contest, which will be held at the Nova Southeastern University, Farquhar College of Arts and Sciences, Mailman-Hollywood Building, 3301 College Age, on April 17-18. For information, call

Registration will close on April 17 for the Tampa contest, which will be held May 1, at Grand Ballroom, Hunter’s Green Country Club, 18101 Longwater Run Drive. For information, call Sampath Narayanan at (813) 973-7567 or e-mail nsf.tampa@gmail.com

Registration closes on April 17-18 for the May 1-2 Jacksonville contests, which will be at the University of North Florida. Register at www.northsouth.org. For more information, call Rajiv Gupta at (904) 745-3765 or e-mail ggarimajp@hotmail.com 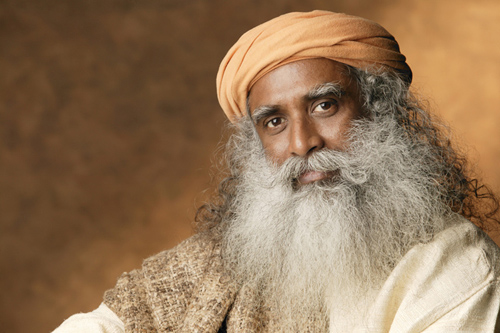 “Mystic Eye” will offer a glimpse of Sadhguru’s expansive perception, which answers man’s most burning questions about the nature of life, death, enlightenment and life-hereafter. This unified reality, which mystics have known for ages, modern quantum science now confirms.

Traversing seamlessly from the ancient to the ultramodern, Sadhguru bridges the gap between the known and the unknown, enabling all those who encounter him to explore and experience the deepest dimensions of life. Sadhguru’s unique perspective of the world, seen with exceptional insight and piercing clarity, is conveyed with a logic that dispels the illogical.

The two-part event, coordinated by Sadhguru’s Isha Foundation volunteers, will be held from 6 to 9 p.m. Saturday and 5 to 10 p.m. Sunday at the USF Soccer Stadium, 4202 E. Fowler Ave. On-site registration and a reception will begin at 4:45 p.m. on Saturday although pre-registration is strongly recommended because of limited seating. Suitable for adults of any age, participation requires no prior experience with meditation to be impactful. The program cost is $250, with discounts available to “early birds,” students, seniors, couples and groups. For more information or to register, call toll-free 1-866-424-4742 or visit www.mysticeye.org

Sadhguru, founder of Isha Foundation and one of the foremost authorities on the ancient science of yoga has expounded inner well-being through the yogic technique of engineering to millions of people across the world. For more information, click www.ishafoundation.org 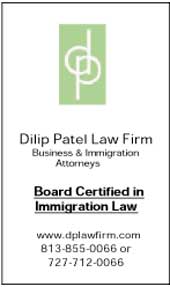 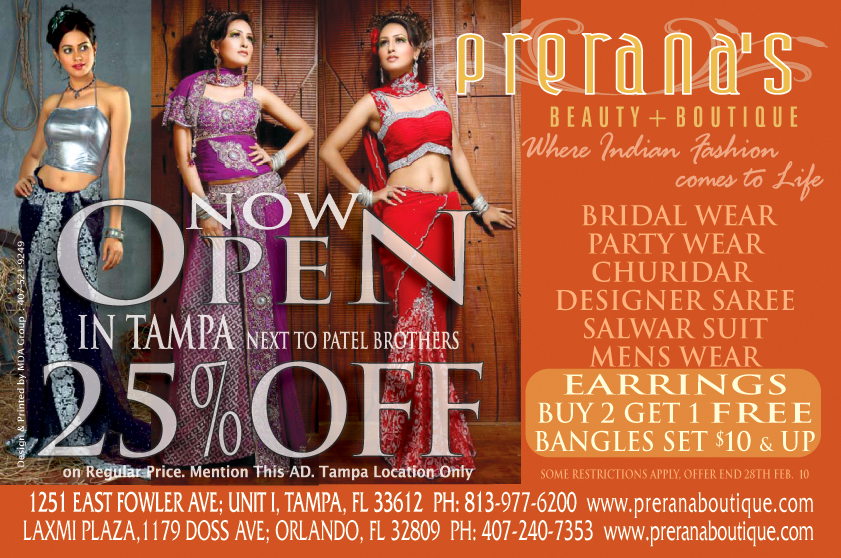 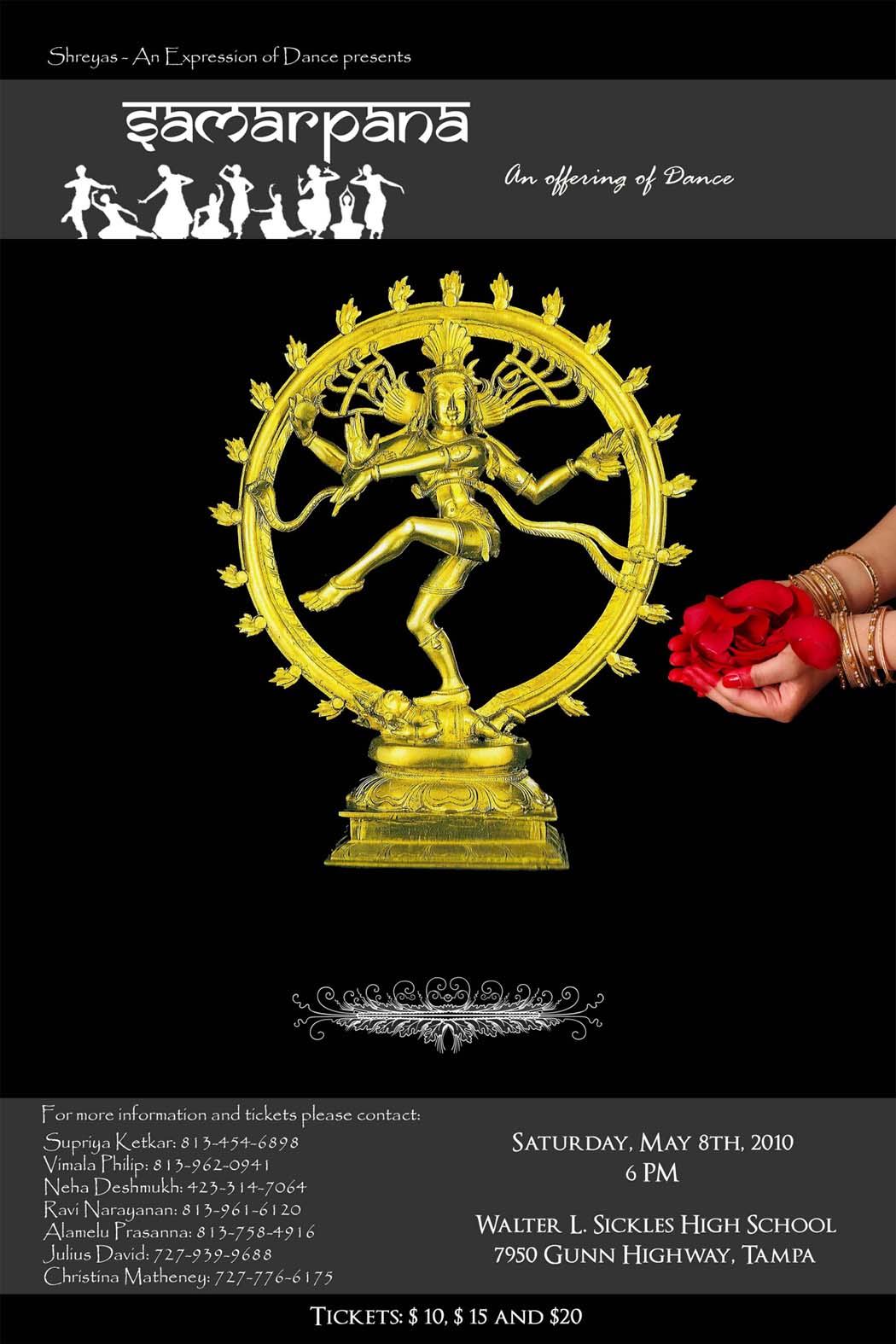 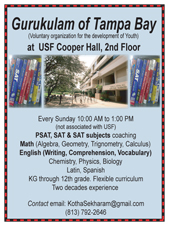 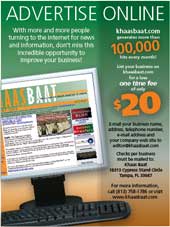 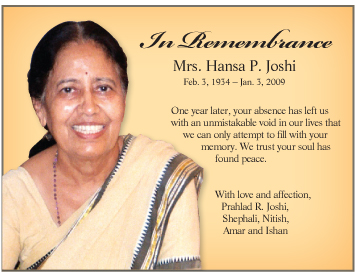 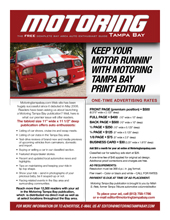